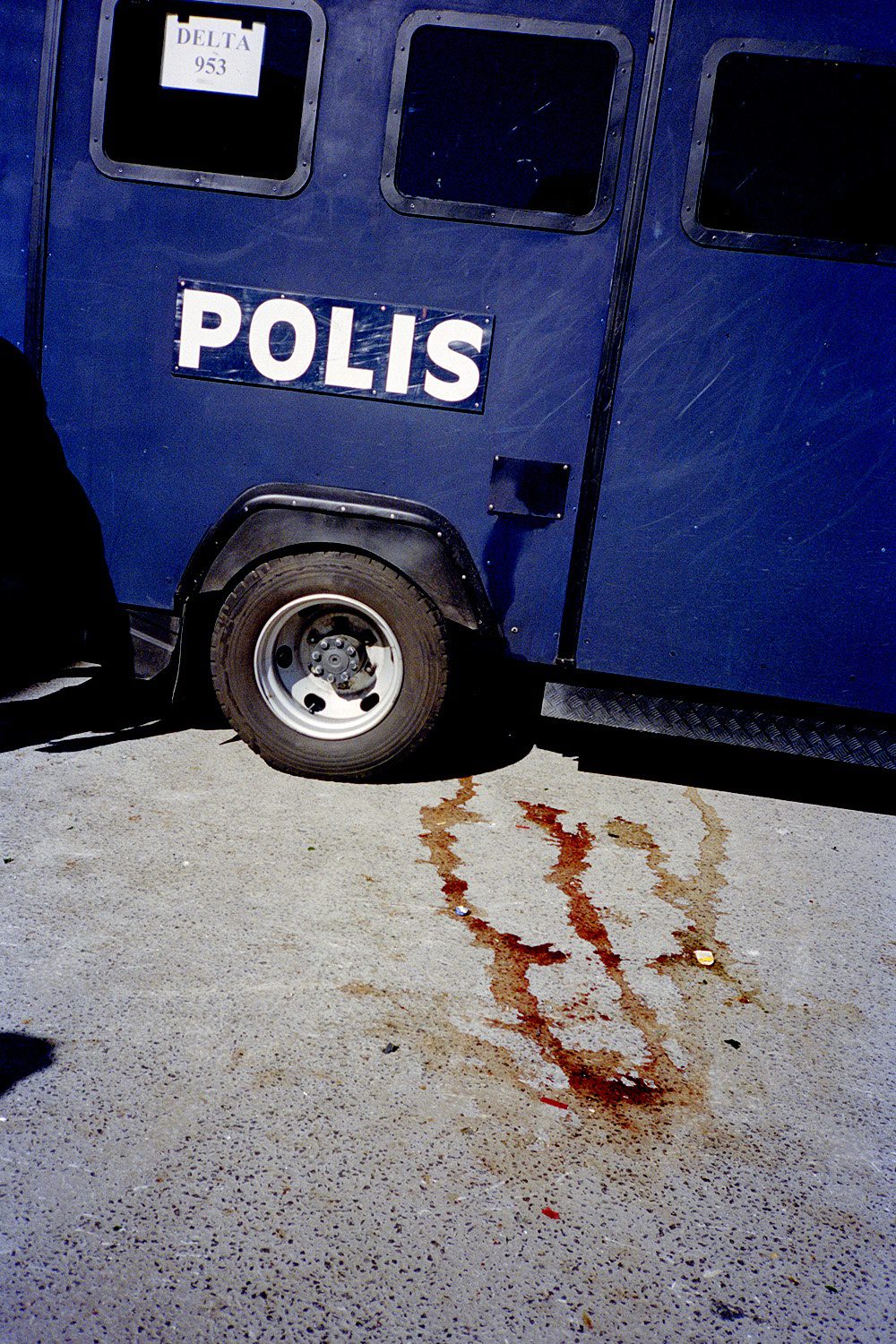 The photographers exhibiting are showcasing works based around their neighborhoods, friends, social lives and surroundings. The works represent the raw, real and gritty elements of their lives and lifestyles and the people around them.

Is a Greek virtual artist, based at Athens-Greece, originally born and raised at Chios island. He is well known for his photographic work, although he also practices painting, video art installations. He is known for his nude portraits of the people in subculture scenes of Athens and his experimental / abstract photography.

He employs a raw , brutal art style in order to emphasize on primal feelings during the photo shoots. He proudly explore questions of gender, class, symbols and some times race, mostly in Greek society.

Is a photographer born in Veberöd, Sweden 1986. He has exhibited photos around Europe and currently living and working on projects in Berlin. He has been part of the Atonal Collective since 2016.

The body of work being shown is about the absurd things we smile at and the mad things we question.

While dealing with what’s expected of his generation, the photographer is also looking at generations before and after him. It’s about love, family, friends and how to zigzag your way through life.

A photographer born in Gnesta, Sweden. After graduating from the Mid Sweden University with a degree in photojournalism he is now living and working in Stockholm, Sweden.

Vibrant days is a photography series by the artists about the feeling of having the whole world in your hands and at the same time feel it slip through your fingers. You want to freeze time but all you do is pushing forward. You fill your life with all that it has to offer. But it’s in the moments in between all that when it hits you, the uncertainty of where you are heading. It’s easier to just keep on going, telling yourself that you’re still young.

I was 20 years old when I took the first pictures of this series. These images are of the people around me, my friends. We are searching, wanting to experience. We are drawn to each other. Partying, relationships, boredom, sex, anxiety, love and sorrow. All that we have had the opportunity to experience and also been forced to live through.

Is a Documentarian and Photojournalist currently based in Columbus Ohio. His work is centered around youth culture, sports and photographing people/places that make up his community. Since graduating from Denison University in 2016, He has established himself as an important visual story teller through distinguished and unique personal projects