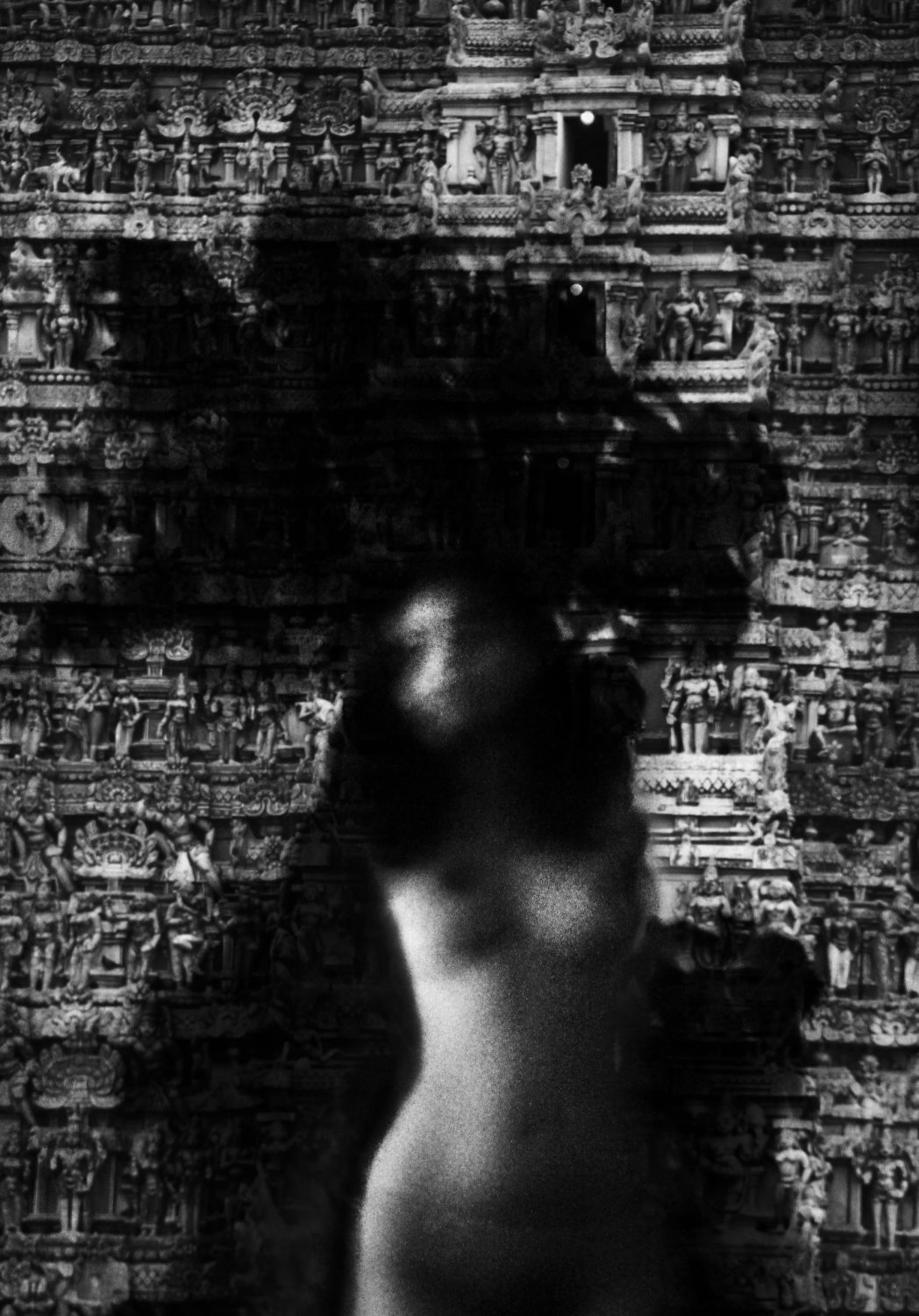 Katya studied BA Drawing at Camberwell College of Arts, University of the Arts London and graduated in 2014. She works across a range of creative disciplines including drawing, photography, typography, screen printing and constructs minimalistic two and three dimensional installations. Her artwork engages with space, architecture and the urban environment, and has been exhibited internationally.

Urban distortion – A series of photos portraying Katya’s interpretation of Berlin’s urban setting – In 2016/17 Katya photographed the city with an analog camera, focussing on the architecture and typeface of S – Bahn and U – Bahn stations then manipulated, selected and rearranged some of the objects in Adobe Photoshop to create ‘Urban Distortion’. www.katyaderksen.com

Vinay Ghodgeri is a visual artist based in India who works across photography, painting and film. He has spent many years shooting documentary and street photography. His recent experiments have been with atmospheric dream-like images with surreal overtones, infusing bodies and landscapes with emotional or metaphoric significance, uprooting figures from reality and opening them to memory or metaphysics.

Born in Kavala, Greece. He has studied graphics, painting and sculpture since early age. He has worked as a graphic designer, cameraman and has participated in art workshops, drama therapy, theatre and direction. In 2013, he launched his website www.poprenaissance.net, which he operates as an online gallery. In 2014, he collaborated for the first time with a team of artists and craftsmen in Santorini Island. He has also taken part in the Industrial exhibition which took place in Santorini Art Factory, along with 26 other artists.

A piece of his work has been added in the American magazine Homme Essential via etsy.com. He has also participated in Raw Fusion Fashion Show in Mankato Minnesota and in Crowd Omnibus Tour in Kavala. He recently fulfilled his own personal artwork exhibition, under the title Case Blue, which was presented in Kavala and Crete, as well as the project Romance De Nadir. In 2017, he created a lighthouse from recycled material, as a participant of TEDxKavala. In 2018, he fullfiled the URBANUDE shortfilm project in Berlin, which was one of the finalist films in Argo Film Festival. In 2019, he launched Blind Project in Studio Bleu, Paris, in cooperation with Lamproductionsparis and the Second Blind project in G2 studio in Milan. He also participated in Ricochet(s) festival in Clermont-fd, France with Phoenix exhibition and the BLIND & SENSES, Bedroom Experience.

Aka – 358 Is a photographer and performer based in Athens, Greece. Konstantinos started photography wanting to keep memories of friends and people that he met on random occasions and till now he still does that. Konstantinos takes photos with analogue film, loving the way the photos look when they come out in their raw essence. Also producing short films when he comes across something interesting and eye catching or even documenting moments that catch my attention whenever I go out and about, wether in the day or at night. Konstantinos will also be doing a performance on the opening evening of the exhibition.

Gary Duehr has been chosen as a Best Emerging Artist in New England by the International Association of Art Critics, and he has received an Artist Grant in photography from the Massachusetts Cultural Council. His work has been featured in museums and galleries including the Institute of Contemporary Art, Boston, MA; MOMA PS 1, New York, NY; Los Angeles County Museum of Art, Los Angeles, CA; and Museo Nacional de Bellas Artes, Havana, Cuba, as well as exhibitions in Tokyo, Venice, Stockhom, London and Barcelona. Past awards include grants from the LEF Foundation and the Rockefeller Foundation.

His public artworks include a video artwork for the Canadian subway system; a photo installation funded by the Visible Republic program of New England Foundation for the Arts, and a commission from the MBTA (Massachusetts Bay Transit Authority) for a permanent photo installation at North Station. Duehr has written about the arts for journals including ArtScope, Art New England, Art on Paper, Communication Arts, Frieze, and Public Culture. Currently he manages Bromfield Gallery in Boston’s South End.